" Our Passions are the principal instruments of our preservation. It is, therefore, an enterprise as vain as it is ridiculous to want to destroy them--it is to control Nature, it is to reform the work of God. If God were to tell men to annihilate the passions which She gives him, God would will and not will; He would contradict himself. Never did she give this senseless order. Nothing of the kind is written in the human heart. And what God wants a man to do, He does not have told to him by another man. He tells it to Himself.; She writes it in the depths of her Heart."
-Emile or on Education- pg.212 Jean-Jacques Rousseau
Full Circle Kin- 156 Yellow Cosmic Warrior
-Ifunanya- 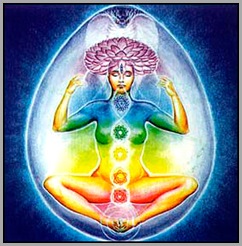 Welcome. You have cracked the Cosmic Egg.

An excerpt from the " WorldShift 2012" By Ervin Laszlo...The Club of Budapest's Handbook of Conscious Change;


We are already living in two worlds. One world moves ahead by inertia from the past, like a massive luxury liner drifting at sea, while the other steps into the unknown, like a child entering the woods for the first time. On the front pages of the newspapers and on the evening news, the first world gains the lion's share of attention. A new crisis deepens yesterday's crisis in Africa and the Miiddle East. A fresh humanitarian outrage taints a faraway society. One war replaces another. Despite the sameness of these events, they constitute the news of the world as far as the mass media shows it. Yet this world of inertia and non-change is deceptive. Beyond crisis-driven news, another world is rising...
The first world is a solid wall that looks impregnable, yet behind it people no longer feel protected. They dream of a shift in consciousness, the revolution that needs only to be asked for and it will begin. Material events are but the outward display of consciousness. Paying attention only to the world of inertia and non-change is like dwelling in illusions. In the 1980's the annual May Day marches of massive Soviet armaments through Red Square didn't reeal that the Communist system was about to collapse. Armies, wars, ecological disaster, unbridled greed and corruption, skyscraper cities springing up like weeds, a deluge of pesticides and pollutants, streams of refugees without a homeland, tyranny spreading violence without check, pandemic disease: these are the fruits of consciousness, too, but a kind of consciousness that is stuck and unable to rasie itself above its self'created problems.
What is so admireable about WorldShift is that  we are led directly to this diagnosis and then offered a solution that is also in consciousness. Ervin Laszlo joins a small (we are actually the 99%)group of deeply versed thinkers who grasp that all experience occurs in consciousness and nowhere else. This insight saves him from the trap of replacing one style of materialism with another. Those on the right who try to impose democracy on societies that have no basis for democracy in their traditions are hitting their heads against an invisable fact: what you aren't aware of, you can't change.  Those on the left who promote globalism as new partnerships in the trade and economics miss the point that the Americanization of the world --bringing rampant consumerism to traditional societies-- can turn out to be destructuve, not just to valuable folkways but to the planet. Only a shift in consciousness can save the world from the impending perils that are also rooted in consiousness.
Fortunately, the second world--the world of timely change--is poised to save the first. People are beginging to confront the worldshaping trends that this book points out so succinctly:
+ The dispossessed of thearth are rising and won;t be supressed in their quest for prosperity.
+ The Planet's sustainable resources will be depleted unless human beings find a sustainalbe way of life in accord wth Nature.
+ Materialism has reached its historical apogee and will decline or self-destruct through accelerating degradation of the ecology. 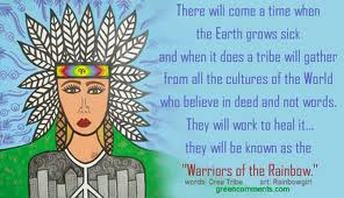